In August 2018, many people in Delhi stood and watched as five men played a weird game in a grass field by the road. The punched and kicked the ball and jostled with each other to gain possession. The crowd did not know it yet, but they were watching history being born – the rise of Gaelic football in India. The five men who were playing this curious sport were from Ireland, just like the game itself. I was one of these men and we have since formed first Gaelic football club in the country, known as India Wolfhounds. 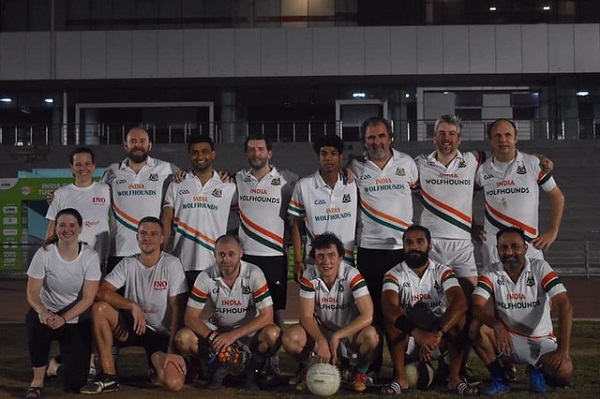 Gaelic football is played between two teams of 15 on a field that is roughly 90m wide and 140m long. The goals are like the ones that you will find on a rugby field, but there are nets and a goalkeeper, like in football. The aim of this game is to get more points than your opposing team – a team gets 1 point if they kick the ball over the crossbar and 3 points if they beat the opposing keeper and get the ball in the net. Unlike in rugby where the players have to pass the ball sideways or behind them, in Gaelic football the players can throw and kick the ball in whatever direction they wish.

Where did the name India Wolfhounds come from? Well, the name comes from the Irish wolfhound, which is one of the biggest breeds of dogs in the world. Towards the end of 2018, we played out first game against Qatar, which went down as the first ever international Gaelic football game played in India. The game was played at an extremely fast pace and George McCallion, playing for the Qatar side, became the first every player to score a point in a competitive game in India. However, Rajveer Choudhary, who is the striker for India Wolfhounds, showed his skills and notched up some impressive points. The game was played in a friendly manner and the team from Qatar ended up being the winners, but only just. The India Wolfhounds gave a good account of ourselves, and can be proud of our efforts.

We then went to the Asian Gaelic Games that were being held in Bangkok in 2018 and they reached the semi-finals, which was very impressive for their first major competition.

There are now 30 members at the club, and we are sure this figure will continue to grow. To add to this, there is also a women’s India Wolfhounds team. 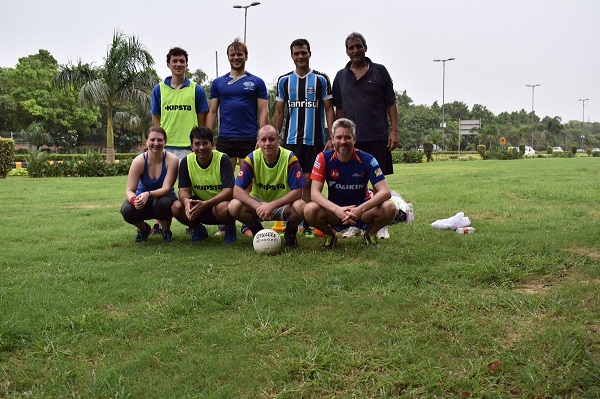 With the Irish Wolfhounds showcasing their skills, the interest in Gaelic football in India is growing. If you are in Delhi and you want to start playing this wonderful sport, then head on over to our training facilities and you will be welcomed with open arms. We are always looking for new players to join our team, no matter what your talents are or where you are from. At this current moment in time, we have players from the United States, Portugal, France, India, and Ireland.

We are certain that Gaelic football is going to become more and more popular in India and that it has a bright future ahead of it. If we are wrong and it does not, then at least we h